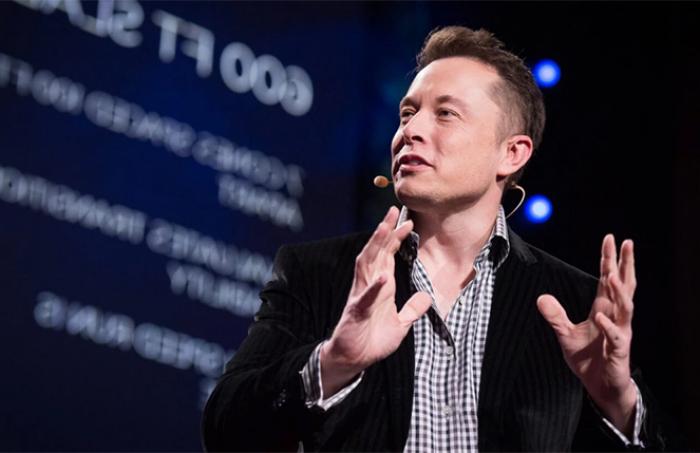 If you’ve opened the business pages of a newspaper, or the newsfeed of any social media site recently, you’ll likely be aware that Elon Musk is trying to buy Twitter. Unless he’s not? Oh, now they’re all suing each other. The entire deal has been such a rapid back and forth, and the numbers seem so fanciful that the entire thing may seem like another American drama not worth following. In this article we’ll break the whole story down, so you can seem smart when you explain it to your friends, and we’ll try to explain why we think there are important lessons to be learnt here for Kiwi business owners.

What has happened so far?

This whole saga started in March this year, when Mr Musk announced he had purchased 9.1% of Twitters publicly traded stock. Twitter offered Mr Musk a seat on their board, a deal which Mr Musk accepted, then changed his mind about. Mr Musk soon made an unsolicited to take Twitter private (that is, buy it outright and take it off public stock exchanges) at a price of $54.20, a 38% premium over the companies then stock price.

At the time Mr Musk felt confident that he could still find value in the acquisition despite this steep premium, tweeting at the time that he thought he could “make Twitter better than ever by enhancing the product with new features, making the algorithms open source to increase trust, defeating the spam bots, and authenticating all humans”.

So, Mr Musk arranged financing and on April 25th, signed an agreement to acquire Twitter outright. However, over the next ten days the stock market fell dramatically, knocking $59 billion dollars off Mr Musk’s net worth. Mr Musk wanted out. The reason’s Mr Musk wanted out are only a matter for speculation, whether he figured he could no longer afford to buy Twitter, or whether the entire thing was simply a big joke to him, and he never intended to actually purchase Twitter, we may never know.

This is, however, largely irrelevant. Due to the nature of the Agreement Mr Musk and Twitter had signed, Mr Musk had very few outs to exit the deal. The deal didn’t have a condition in it allowing Mr Musk to exit the Agreement if he wasn’t able to secure financing, or if he found anything he was unhappy with during the due diligence stage. The Agreement assumed that Mr Musk was already satisfied with his position on both conditions when he signed the Agreement on April 25th.

Importantly, however, despite Mr Musk’s announcements on Twitter, he hasn’t actually cancelled the Agreement, the entire thing will need to be argued about and litigated in front of a Delaware court over the coming months. So, what are the arguments of each side? What is going to happen to Twitter? Will Mr Musk be allowed to exit the deal, or will he be forced to purchase a company he no longer wants? And most importantly, for the readership of the Godfreys Law blog, what are the key takeaways for Kiwi business owners?

Mr Musk is trying to get out of buying Twitter

While most of the bluster from Mr Musk’s twitter account has been about how Twitter misrepresented the number of bots on it’s website, this isn’t actually the basis of his legal arguments. Often in contract law, misrepresentation can be enough to terminate a contract, but that is not the case with this Agreement for a couple of key reasons.

Firstly, the Agreement had no due diligence condition in it, and Mr Musk was supposed to have completed his due diligence and been satisfied with it when the Contract was executed.

Secondly, and perhaps more importantly, the Agreement was signed in Delaware, a state notorious for being business friendly. In Delaware courts the threshold for exiting a contract like this one is an extremely high bar, it is not simply enough for Mr Musk to prove that Twitter misrepresented the number of bots on its website, but he must always prove “Material Adverse Damages”, essentially, Mr Musk must prove that the misrepresentation causes expectations for Twitter’s long term future performance to be significantly lower than if the number they presented was true.

This is a very high bar, and Delaware Courts have only allowed a merger contract to be cancelled on claims of Material Adverse Damages once before. Further, given Mr Musk’s earlier claims that he intended to improve Twitter and its profitability by removing the bots, it could even be argued that if the number of bots of the website were higher, this proves advantageous for Mr Musk, giving him more bots to remove and thus, more about to generate greater profits in future.

Mr Musk’s team of lawyers doubtless understand that this argument would have little weight in front of a Delaware Court, so instead their argument is that Twitter violated its obligations under the Contract to provide him with information to make his own estimate of the number of bots. Section 6.4 of the merger contract states that Twitter will provide to Mr Musk, at his cost, reasonable access to internal information about Twitter reasonably requested for any reasonable business purpose related to the transactions contemplated in the agreement.

Twitter has provided Mr Musk with information about its estimates of bot values, but it is going to be up to a Delaware Court to determine whether this is enough information for Mr Musk’s reasonable business purposes, or whether his requests for information were actually reasonable.

Both parties have the ability to cancel the contract, prior to completion, and only pay the other side $1,000,000,000 in damages, far less than the $44b purchase price. If Mr Musk could cancel the deal and walk away for just a billion dollars, it’s likely he would have done so by now. Importantly however, Section 9.9b of the Agreement allows Twitter to sue Mr Musk for specific performance, meaning a Judge can legally require him to purchase the company.

Often in contract law specific performance is rare, with Courts preferring to settle disputes with cash payments, allowing both sides to walk away cleanly, despite the animosity that may have been caused by the dispute and subsequent litigation. Importantly however, in Delaware Courts, especially in disputes surrounding mergers and acquisitions, specific performance is often used as a remedy, as it is seen as a better outcome for shareholders of both companies.

Twitter’s argument is going to come down to that they provided Mr Musk with all reasonable information, and he signed a contract, and must therefore be required to follow through on his contractual obligations.

Could Mr Musk simply ignore a courts order? Likely not, given how many of his companies, including SpaceX and Tesla are based in Delaware, the Court has a lot of authority to seize some of his most valuable assets, and enforce specific performance.

Not much is ever certain in litigation, and while it appears, to most commentators on the issue, that Twitter has the stronger case, particularly in the friendly environment of Delaware’s Courts, there are still a number of ways this could play out:

What is the lesson for Kiwi business owners?

While the numbers in the case start to sound outrageous and fanciful, and the personalities involved have started to turn the entire deal into tabloid fodder, there are still important takeaways for regular business owners here in New Zealand, whose chances of ever seeing a billion dollars are about as high as them going to Mars on one of Mr Musk’s rockets.

It looks like everyone is going to be worse off after this deals collapse, from shareholders, to Twitter management, to Mr Musk himself. Millions of dollars are going to be spent on legal fees to complete a deal, that it looks like no one ever actually wanted to complete in the first place.

Even if the deal goes through further litigation could arise, from the SEC (America’s market regulator) suing Mr Musk for not disclosing the correct information, to Twitter’s shareholders suing the Board for not getting a good enough deal, again, the only winners here will be the lawyers.

No one likes paying legal fees, we’re lawyers and even we understand. Legal fees seem like an expensive and unnecessary cost, but cases like this show exactly why it’s so important to pay legal fees upfront. If you’re looking at purchasing another business, or selling your business, or if you’re entering into a contract of any kind, we strongly recommend getting your Lawyer to check it out before signing. Spending the money upfront now may seem like an annoyance, but it could protect you from much greater liabilities (in Mr Musk’s case billions of dollars) down the line. 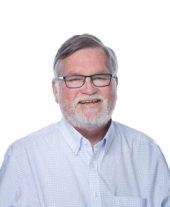 Andy's varied background includes banking and hotel management experience, but law is his real passion. He began as clerk in the Courts in Wellington and worked his way up to Registrar of the Court of Appeal, before running his own business and studying law.