It’s incredible how much life can change in a year.

The business was partly a tribute to Kimberly’s mother, who had always encouraged her to pursue cooking, and partly as a way to merge her American roots with her New Zealand life and family.

“We had to make the calculated leap to move from just supplying the local farmer’s markets from our home to expanding into a commercial grade kitchen,” says Kimberly Bell.

“I didn’t want to be locked into any contracts or leases I didn’t understand. A friend referred me to Godfrey’s Law and I asked them to ‘decode and explain’ the lease agreement to me,” she says.

“Any mistakes early on can prove fatal for a small business, so we need to know exactly what we’re agreeing to.

“What impressed me most was the speed of their reply. I never had to follow up with anyone at Godfreys Law for anything. Secondly, we got clear communication on what our lease obligations were, plus a list of questions we needed to ask the property owner to make sure there were no ‘grey areas’ in our lease.

“The precise action taken by the people at Godfreys Law meant Kimbella’s Candy was in The Collective, inside Riverside Market for the grand opening, which was such a big step for us. We would not have made the jump in time if we’d only relied on ourselves.

“What’s important to me, is that I have to feel comfortable signing my name on the dotted line. It’s not enough for a lawyer or a professional to just tell me it’s ok. I have to fully understand what I’m doing and Godfreys Law empowered me to make the final decision on signing leases or taking action. 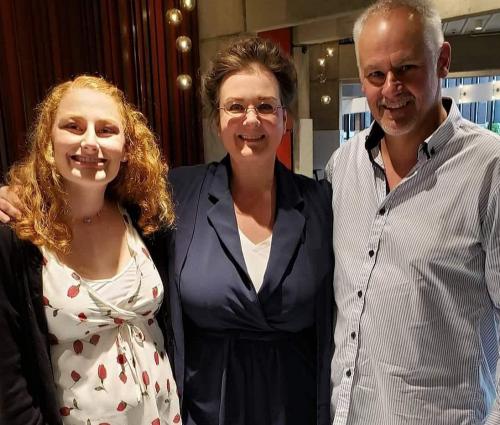 Riverside Market is in the bustling centre of Christchurch’s CBD. The Collective inside the Riverside Market is a boutique home to more than 20 local artisan food producers showcasing the best and tastiest of what our city has to offer. Being one of the Riverside Market’s founding members has played a large role in the growth of Kimbella’s Candy, surpassing all sales expectations. Week after week their nut brittles were coming in as the #1 selling Collective product

The same day the nation went into Level 3 lockdown, Kimberly and her family learned that all three of their Kimbella’sCandy products had won medals in the 2020 Outstanding New Zealand Food Producers awards.Then COVID-19 struck. Having just celebrated their Kimbella Candy’s first anniversary, production was forced to a halt.

Like so many businesses across New Zealand, business was immediately impacted as all sales completely stopped.
As businesses across Christchurch and the country were making hard decisions about their future, Kimberly's husband and business partner, Paul, was unexpectedly made redundant.

“We know redundancies are never an easy decision to make. For our peace of mind, we wanted to know due process was being followed and that Paul was receiving his proper entitlements. It was reassuring to get guidance and expertise from Brad McDonald at this time,” Kimberly says.

Unable to access their kitchen, Kimberly used the downtime provided by COVID-19 to pivot, and work on Kimbella’s Candy. 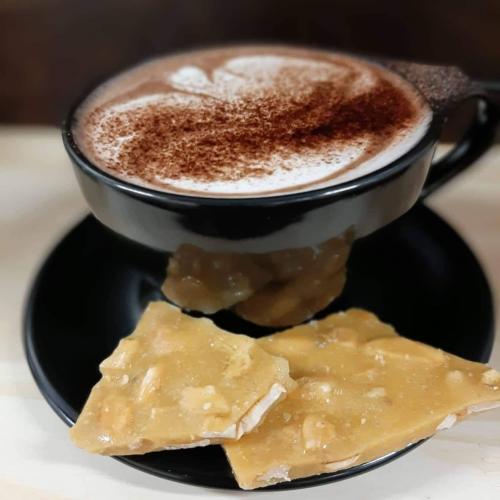 “Up until this point, we’d been too busy for a lot of marketing and I wasn’t too confident on social media. I know I’d have to embrace it if we wanted to make it through this turbulent time.”

They realised they needed to showcase their award-winning products outside Christchurch and Canterbury, where most of their sales had come from word-of-mouth and repeat customers.

By reaching out to some of their loyal customers, Kimbella’s Candy has expanded across Canterbury, and now the small family team of Kimberly, Paul and their daughter Courtney are packaging orders to be shipped across New Zealand.

Since COVID-19 restrictions have allowed them back to work, Kimberly and her family have been busier than ever, and she’s found it useful to have her husband working with her full-time to keep up with the massive increase in demand.

The whole team at Godfreys Law has enjoyed a few morning tea’s courtesy of Kimbella’s Candy, and we can’t recommend it enough.

You can find Kimbella's Candy seven days a week inside The Collective at Riverside Market: 96 Oxford Terrace, Saturdays at the Christchurch Farmers Market and Lyttelton Farmers Market, plus Sundays at the Riccarton Racecourse Market. If you can’t get to a market, Kimbella’s Candy can ship directly to you, wherever you are in New Zealand! Just order through their website.

Who knew supporting local businesses could be so delicious?