With Christmas fast approaching we’d like to say ‘Thank you.’ Thank you for your support through a challenging 2020, and we look forward to helping you find real solutions to all your legal issues in 2021.

Everyone at Godfreys Law is taking a well-deserved rest from Wednesday 23rd December 2020, and we’ll be back in the office on Wednesday 13th January 2021.

The end of the year is a time for reflection, and with that in mind, we’ve been thinking how Santa would cope with all the compliance issues which ordinary Kiwis face in their business and in their private lives.

First of all, just by flying into the country Santa falls foul of the the COVID-19 Border Controls, as he’s coming to New Zealand without being a New Zealand citizen. It is possible that Santa would be able to get an exemption as an essential worker, but even then Santa would still be required to spend 14 days in managed isolation and return a negative test before he was allowed into the community.

Assuming he can escape detection by flying under the radar, as it were, there are still issues once he enters our airspace – Civil Aviation Regulations would require an approved flight plan and being in charge of an aircraft while slightly “merry” would create more problems. If you think that drones create a problem in the air, imagine the havoc which a heavy, unlit sleigh steered by a “merry” Santa might cause!

Even when Santa lands there are still problems – being on a roof and squeezing down a chimney without an approved health and safety plan may lead to potentially huge fines. No scaffolding while working at height is a breach of the Health and Safety at Work Act! Of course, the obvious one is entering a home he’s not been invited into, which comes under the Crimes Act.

We’ve not yet thought about Santa’s helpers – the animals who work tirelessly in dragging the sleigh around. What about their rights under the Animal Welfare Act. Spare a thought too for the elves. How would the Employment Relations Act view those hard-working elves who don’t get a break, who have no pensions and work in freezing conditions.

When Santa finally gets to offloading some presents, there are questions about country of origin, standard and quality of goods, whether the Consumer Guarantees Act would apply and what penalties might flow from that 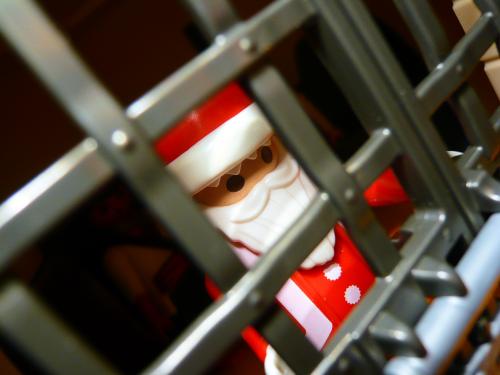 What a nightmare! These are just some of the Acts of Parliament and regulations which some people have to comply with. There are so many more – if you think Santa needs a good lawyer, then maybe you need one too.

From the whole team at Godfreys Law, we wish you a safe and relaxing holiday period, a Merry Christmas, and a very happy New Year.